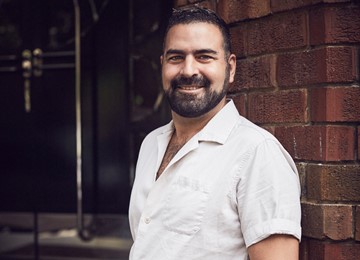 Jeff is a curator and writer working across performance, dance and the visual arts, with a particular interest in interdisciplinary projects and site-specific and socially engaged practices. Prior to Performance Space he was Artistic Director of Next Wave Festival from 2006-2010 and has held other roles at Gertrude Contemporary, Melbourne, Perth Institute of Contemporary Arts and John Curtin Gallery (Perth), and the Solomon R. Guggenheim Museum (New York). As a writer, Jeff has contributed texts to numerous exhibition catalogues, magazines and artists’ projects including essays for the Art Gallery of NSW, Art&Australia, the Australian Centre for Contemporary Art, the Adelaide Biennale of Australian Art, and many others. 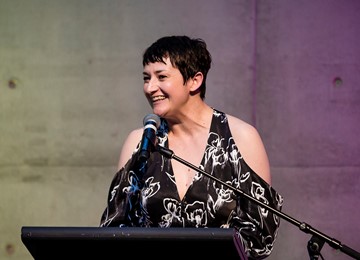 Vanessa has worked across government and the private arts sector; most recently managing Anna Schwartz Gallery in Sydney, one of the premier commercial galleries in Australia. Before this she worked at the Australia Council with roles in arts administration, applicant relations and grants management. Working with the then Visual Arts Board to facilitate grants she worked closely with key organisations both here and internationally to present Australian artists’ work. Vanessa has a strong understanding of the visual and experimental arts and holds a Visual Arts and Sociology (hons) degree from the University of Wollongong.

Rhanda joined Performance Space in 2008 as Finance Officer, beginning her involvement with the arts community. She can now be found in arts offices across the city including Moogahlin Performing Arts, Force Majeure, Branch Nebula and Erth. Prior to this she had worked in the private sector in accounting and taxation for over ten years and continues to do so. Rhanda graduated with a business degree from the University of Technology, with a major in Accounting and sub-major in Small Business. She is also a Certified Practicing Accountant. 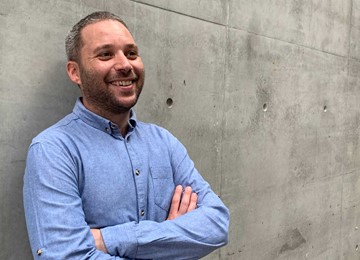 Cliffie is a production manager and digital artist with over 15 years of experience managing and working creatively on festivals, public events and exhibitions throughout Australia. The Founding Director of Everything’s Possible Productions (www.eppro.com.au), Cliffie specialises in innovative and creative technical solutions that bridge the gap between art and technology, enabling artist’s visions to come to life. Known for his creative strategies and designing immersive experiences, Cliffie creates environments with an emphasis on encouraging people to connect while pushing the boundaries of what we conceive to be possible.

Dino Dimitriadis is a director and an interdisciplinary creative producer and curator, with an interest in queer performance, experimental practice and cross-cultural work. They live on unceded Gadigal land. Dino has worked widely as a theatre director and is Creative Director of Apocalypse, an engine room for relevant and responsive theatre and live art projects. They have produced for government bodies, and on a number of festivals including The Sydney Fringe and Liveworks Festival of Experimental Art. They have worked for Griffin Theatre Company and Playwriting Australia, as curator and producer for Sydney Gay and Lesbian Mardi Gras, and as Creative Producer for Queer Contemporary at National Art School. 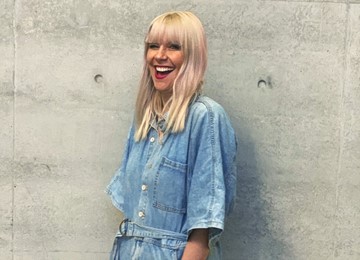 Sam has worked in event curation, strategy and communication in the arts for over 15 years with projects spanning Australia, the UK and Europe. Sam specialises in audience development, partnership strategy and the ideation and delivery of public programs and commissions for small and large scale exhibitions and events. Prior to Performance Space she was part of the launch team for Sydney Contemporary and became the Director of Partnerships, VIP and Programs. Other roles include Program Director of Art Month Sydney, Marketing and Audience Engagement Director and the award winning festival Clerkenwell Design Week and Marketing Director of Icon Magazine. She has Post Graduate Diploma in Arts Administration (UNSW), a Masters of Design and Photomedia (UTS) and a BA of Media Arts Production (UTS). Stella is a Marketing and Communications professional with over 12 years experience. With a passionate belief in the importance of art, she strives to contribute to its amplification. With a passion for people and their stories, Stella has worked across a variety of festivals and events, with a history in retail at Luxottica Australia, and apparel, to round out her experience. Most recently working with Sydney Fringe Festival and Underbelly, Edinburgh. With experience across end-to-end brand strategy and execution, corporate sponsorship, development, and a keen creative eye, she brings these together with a nuanced understanding of the performing arts.